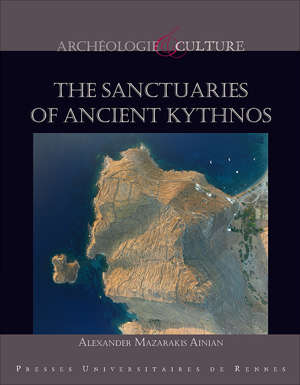 The sanctuaries of ancient Kythnos

The research conducted the past thirty years in the ancient capital of the Cycladicisland of Kythnos (today called Vryokastro) has significantly enriched ourknowledge about the material culture and the history of the island. The presentbook focuses on the sanctuaries of the ancient town and summarises the data deriving both from the systematic survey and excavations of the site, thus casting significant lightto the sanctuaries and cults of the Kythnians, including those of Apollo and Artemis, Demeter, Aphrodite, Asclepios and theSamothracian Gods.